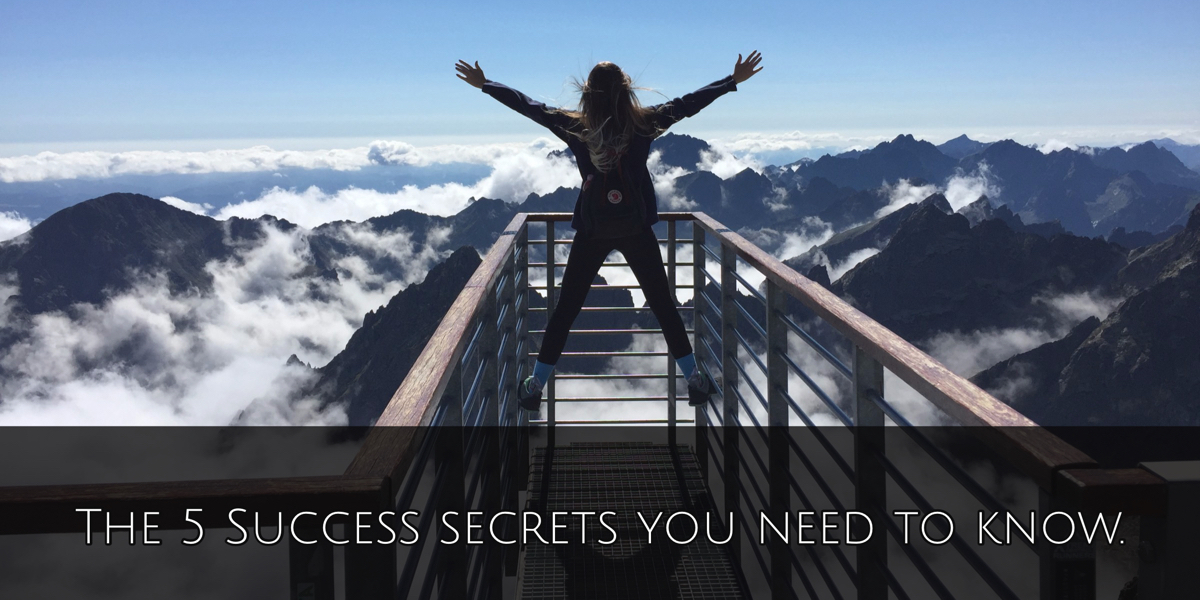 Do you really believe you can be successful?

You better… it’s the most important element in creating the life you really want to live. Believing in your success  almost more important than your talent and working hard. That’s why there’s so people today that work really hard but never seem to be able to achieve their dreams.

So, what is the distinguishing factor that makes people succeed? Here’s the five things you must have in place to make your success happen and get the results you’re really looking for. These five fundamental beliefs are the rock solid foundation base that you must have to create the success you desire

It’s a powerful acronym and it really sums up the correct way to look at failure. You can improve anything you do, but you’ve got to be able to look at your failures through the right lense. When you view failure as a learning experience and accept that it’s inevitable you can really win. Not only will you learn from your mistakes you’ll develop a winning attitude. Letting your mistakes stop you from trying doesn’t lead to success.

Everyone wishes that they will be good at something the first time they try it but nothing could be further from how most success journeys happen. Most successful people have a long list of failures behind them and have simply learned how to push through them and keep going with a smile.

Even Thomas Edison failed the first 1,000 times he tried to make a light bulb. When a reporter asked him, “How did it feel to fail 1,000 times?” Edison replied, “I didn’t fail 1,000 times. The light bulb was an invention with 1,000 steps.” Go back through history and look at any successful person and you will discover the same pattern.

No one is destined by fate to fail and your fature is not destined by the stars. When Inc. magazine talked to successful people they discovered the common thread was that they all firmly believed in their ability to learn and overcome challenges. You must develop the strength of mind to persevere and we’ve got a great tool for that.

When they made a mistake, no one blamed fate for their failure. They accepted responsibility and understood that their success was up to them. And they didn’t wait for someone or something to come and rescue them. When you can take responsibility for your life you can win in spite of what can seem like overwhelming odds.

Helen Keller lost her sight and hearing as a young child. Without the ability to see and hear, fate seemed to be against her. Instead, she learned signed language, braille, and not only earned a bachelor’s degree; she became an author, lecturer, and an advocate for the blind and deaf. It didn’t matter what fate gave her. She believed in herself and didn’t let fate stop her from becoming a success.

3. You are Here to Serve
You can’t be successful all by yourself. Success is built on how you treat and help others. The connections you build soar your success beyond your immediate gratification. Lasting success only comes from sharing it and doing things that are genuinely helping other people. Solve their problems and you have a winning formula.

Henry Ford successfully revolutionized the automobile industry. His manufacturing process made producing cars faster and cheaper. According to the History Channel TV network, Henry Ford also started the 40-hour workweek and paid his employees $5 a day, almost double the rate at the time. By showing his employees respect and offering them good wages and fewer working hours, he created people who had the time and money to buy his cars. Workers took pride in the cars they built and wanted to own one for themselves. Without people who wanted to and could buy cars, his success would have been limited. Instead, his business soared.

You’ve got to be looking at the bigger picture in everything you do and be doing things that will actually help other people. As the great Zig Ziglar said “help enough people get what they want and you’ll get whatever you want”. 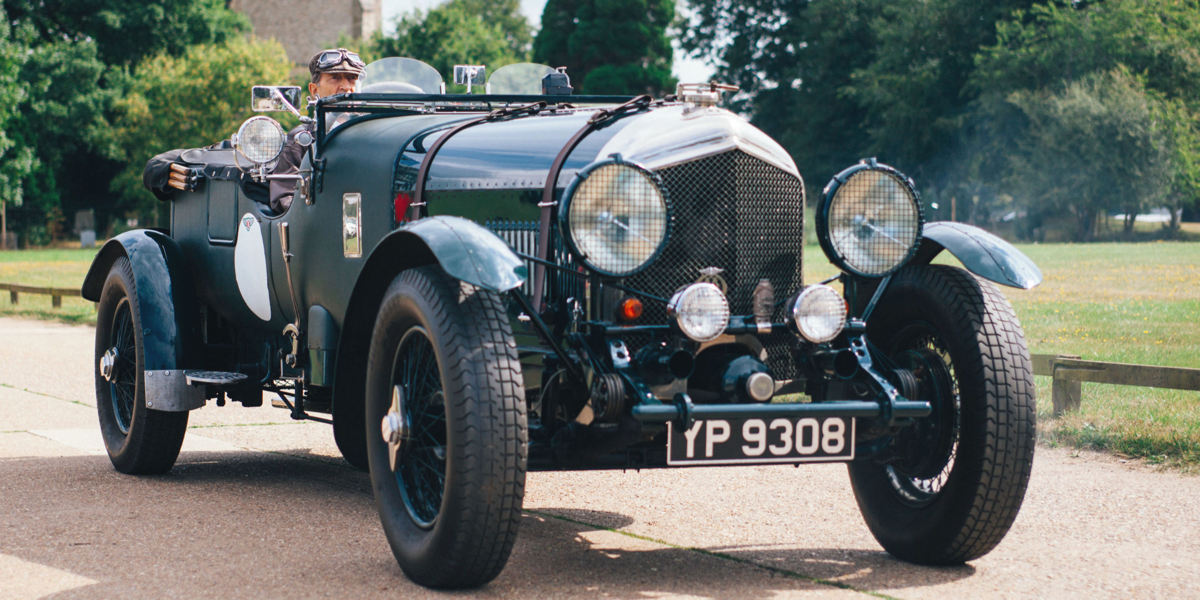 4. Go the Extra Mile
Believing in going the extra mile is a way to motivate yourself to treat your family, friends, and customers with the service needed to succeed. The Yahoo! Small Business network describes this belief as the opportunity to differentiate yourself from the crowd of unsuccessful people. Going the extra mile takes work and commitment. Successful people believe that putting in the extra effort will soar their success.
Trader Joe’s, the popular grocery store chain, once received a call asking if they would deliver to a woman’s snowed-in father. She was concerned that he couldn’t get out to buy food. Long before delivery services were popular, the Trader Joe’s employee she spoke with not only delivered the groceries, he did it for free. That type of service makes Trader Joe’s one of today’s most successful companies.

5. When The Going Gets Tough The Tough Keep Going
When things aren’t working the way you want them to, you have the choice to continue or quit. Successful people believe that achievement takes time. They don’t allow slow progress or setbacks to dictate their success. Instead, they commit to improving themselves, their service, and their products.
Venus and Serena Williams are two of today’s top tennis athletes. But their success wasn’t a straight path. They fought against racial profiling that didn’t see them as worthy competitors. Venus struggled with an autoimmune disorder and continues to play because she keeps to a strict diet that helps fight the disease. Serena won a Grand Slam while pregnant. She didn’t allow the changes in her body to stop her from working hard at her sport. Without perseverance, these two athletes would not be as successful as they are today. They were able to push through and with the proper conditioning so can you. 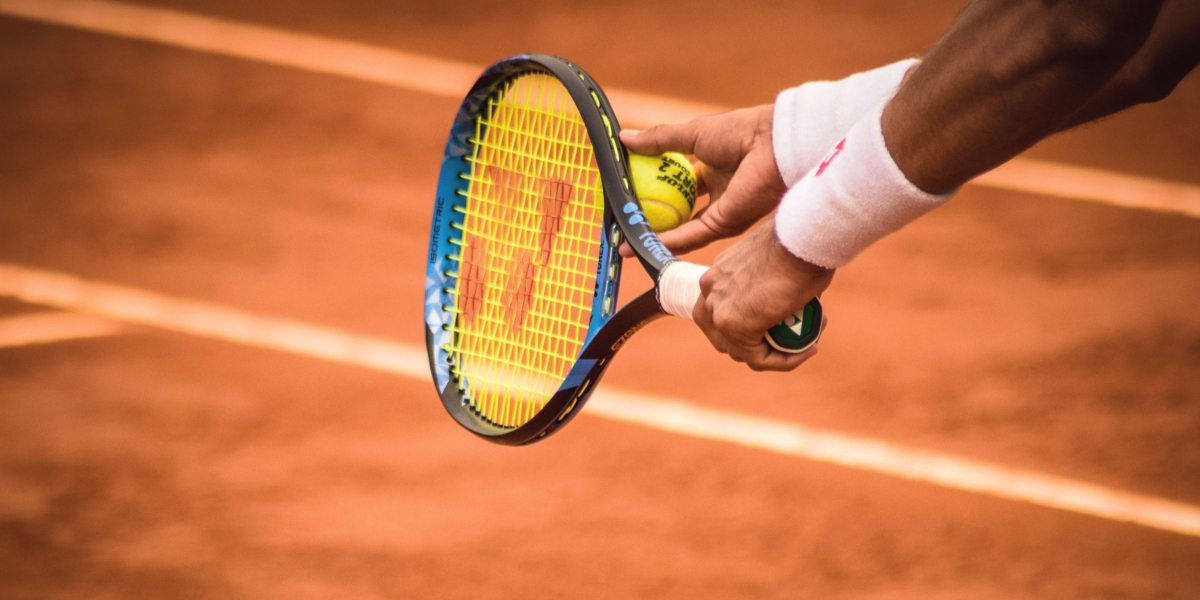 Remember what you believe is the basis for your achievement and success. Your beliefs will shape who you are and how far your success soars. But if that deep rooted belief isn’t in place you won’t take the necessary steps to achieve the success you want. You are truly limitless when you work on your belief, hone your skills, set goals and take action.

So to wrap up it you’ve got to have a strong sense of belief in yourself and your dreams. And since that doesn’t come naturally to most of us you’ve got to condition your mind properly to make it happen. Here’s how.

Take the 30 day challenge and commit to using Positive Prime twice a day for 3 minutes at a time. It’s a powerful app that is designed to boost your performance and well being with imagery, positive messages and audio. Scientifically proven to work and it’s fun to use.

Get it at PositivePrime.com now and use the code word happy for an extra free $20.o0 session. Document your journey, set your intentions and get ready to get some amazing results.

Simply go to positiveprime.com and use the code happy and you’ll get a free session. No credit card required.